In this third installment in our celebration of gialli which we feel have been overlooked during the home video age, we're proud to offer this trio of diverse and bloody offerings, all of which are making their worldwide Blu-ray debuts! All three films are presented in brand new and exclusive restorations of their original, uncensored, 35mm camera negatives. Vinegar Syndrome is proud to present the third entry in their 'Forgotten Gialli' series.

A wave of sudden, violent suicides have gripped Rome and are being blamed on sun spots. Simona, a young pathologist with an unhealthy obsession with death, has become increasingly interested in this strange phenomenon. But with the discovery of the body of a young woman, an apparent victim of a self inflicted gunshot, Simona finds herself thrust into a terrifying mystery and conspiracy to cloak actual murders as suicides. And the nearer she comes to unraveling the truth, the more in danger she is to entering the sights of a deranged killer, who might be a lot closer to home than she realizes.

An expertly directed and at times staggeringly brutal thriller from Armando Crispino (The Dead Are Alive), AUTOPSY (which was made under the title 'Sun Spots' and released internationally as 'The Victim') stars Mimsy Farmer (Four Flies on Grey Velvet), Barry Primus (New York, New York), and Ray Lovelock (Let Sleeping Corpses Lie). Featuring stunning photography from veteran Italian DP Carlo Carlini (The Bloodstained Butterfly) and an acclaimed score from Ennio Morricone (A Lizard in a Woman's Skin), Vinegar Syndrome is proud to bring AUTOPSY to Blu-ray, fully uncensored and featuring its complete English and Italian language audio tracks fully intact.

On a dark and foggy night in the countryside, a group of apparent strangers all find themselves stranded at an old gothic mansion. Deciding to spend the night and look for help the following morning, the group pair off for bed. As the night wares on, increasingly strange events begin to occur, culminating in a murder. Tensions and suspicions rise, and fear mounts that the ghosts of the mansion have risen from the grave, especially when more bodies turn up...but is the explanation behind these ghastly events truly supernatural?

One of the best and most effective combinations of mid 60s style gothic Euro horror and early 70s flavored giallo intrigue, Francisco Lara Polop's Spanish-Italian co-production, MURDER MANSION (originally titled 'The Mansion in the Fog') became a drive-in and late-nite TV hit in the US, during the mid 1970s. Never legally released in the United States on disc, Vinegar Syndrome proudly presents the Blu-ray premier of MURDER MANSION, newly restored in 4K from its original negative and includes its original Spanish soundtrack along with its English and nearly impossible to find Italian dubs.

CRAZY DESIRES OF A MURDERER:

The Countess Ileana has just returned to her family's grand old castle, where her paralyzed father, an apparent clairvoyant, and strange younger brother, with an unhealthy interest in taxidermy, reside. Almost immediately after arriving, one of Ileana's friends, who's visiting the castle, is shockingly murdered and has her eyes plucked out of their sockets. While suspicion falls on Ileana's brother, a curious police inspector (Sicilian character actor Corrado Gaipa of THE GODFATHER and MY DEAR KILLER) begins to investigate, believing there to be more to the killing than meets the eye. However, his sleuthing proves no match for this maniac, as the body count steadily rises...

A delirious mix of gothic horror, sex drama, murder mystery, plus a whole lot of extracted eyeballs, Filippo Walter Ratti's CRAZY DESIRES OF A MURDERER (though known in Italy as the much more lurid 'The Morbid Vices of a Housekeeper') remains one of the forgotten treats of late 70s giallo cinema. Never released theatrically in the English speaking world and virtually unavailable on home video, Vinegar Syndrome is delighted to bring this trashy rarity to Blu-ray, newly restored in 4K from its 35mm original negative! 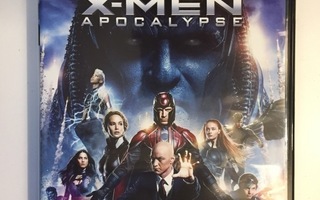