A collection of Spencer Tracy and Katharine Hepburn films. 'Woman of the Year' (1942) was the film which united the couple both off screen and on. A high powered political columnist (Hepburn) falls for a lowly sportswriter (Tracy) working on the same paper, even though they are poles aparts socially and intellectually. However, their relationship takes a turn for the worse after they marry, with her unable to adapt to the role of housewife, and him driven to drink by her intransigence. Hepburn won an Oscar for her role. In 'Keeper of the Flame' (1942) a widely-revered politician dies when his car runs off a bridge. Seasoned hack Steve O'Malley (Tracy) begins researching a biography on the man, and, through the revelations of his widow Christine (Hepburn), uncovers a number of dark secrets about him. In 'Adam's Rib' (1949) Tracy and Hepburn team up as a married couple finding themselves on opposite sides of a court case. Whilst in 'Pat and Mike' (1952) Pat Pemberton (Hepburn) is a PE teacher at a southern Californian college, who is persuaded by shady sports promoter Mike Conovan (Tracy) to become a professional athlete. As she flourishes in a number of disciplines, the couple begin to fall in love - although there are plenty of hurdles in the way of their eventual happiness.

Despite their most popular and sentimental favourite, "Guess Who's Coming To Dinner" (1967, Tracy's last film) is missing here, this still is a rather representative collection of this unique acting couple partnership. The top movie of the four, is of course, "Adam's Rib" (1949), a funny clash of two lawyers, a married couple who find themselves in the battle of sexes, opposite one another in a courtroom. This movie was voted at No. 7 among best Romantic Comedies by American Film Institute a decade ago.
Another funny piece is "Pat and Mike" (from 1952), which is based upon Hepburn's trademark physical prowess, she was really able to play almost any sport. Tracy plays her agent here.
Their first film together, "Woman of the Year" (1942) is funny for its pairing of two seemingly incompatible characters, an eloquent political commentator (Hepburn) and earthy sports reporter (Tracy). The scene with pan and eggs is worth the entire movie.
"The Keeper of the Flame" (1943) was made on the wave of American WWII patriotism and as such takes itself too seriously. But it still is worth checking out, although as for quality, it lags behind the other three (which, probably by no coincidence, are comedies).
Other notable movies with Tracy and Hepburn starring include "Desk Set" and "State of the Union". 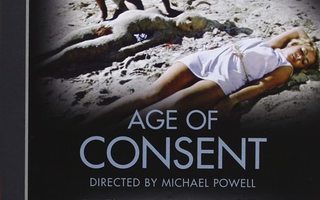 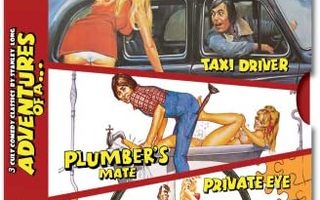