Women on Wheels are a band of crazed female bikers who ride around kidnapping baby girls, with the intention of breeding a new type of woman. They come across an unusual male motorcycle gang - The Bourne Losers - who they try to seduce in order to create the super babies. When the men realise that the girls only want them for their bodies, however, they decide to fight back.

I CONFESS. THE TITLE OF THIS REVIEW IS INTENTIONALLY MISLEADING. IT REFERS TO THE SAM RAIMI/BRUCE CAMPBELL CONNECTION TO THE FILM AND NOT ANY POSSIBLE ZOMBIEFIED BIKERS. SORRY. WE WILL NOW RESUME OUR NORMALLY SCHEDULED REVIEW.

"His name was Bruce, and only the day before he and his men the Bourne Losers had been riding that desolate ribbon of highway through the Arizona desert searching vainly for the answers to existential questions about Life, Death, and Draft Beer. That was when Bruce first felt a rift in the delicate fabric of the Universe and he found himself staring into the dark heart of Destiny."

That florid prose serves as our first introduction to our hero, we've already met our narrator, a reporter from the Des Moines Daily who is on assignment covering a series of baby nappings that has been taking place throughout the Midwest. We've also briefly met the members of a gang of female bikers known as Women of the Wolf (WOW for short) and their leader She Wolf as they forced the reporter (played by Barry Livingston) off the road. We suspect that they may not be nice.

The Losers help the nameless reporter (played by Barry Livingston) out of his overturned car and he joins up with them for the night. While making popcorn around their campfire later that night, the Professor tells the reporter about Bruce's strange past. It seems that while in Viet Nam Bruce (played by Paul LeMat) had been hit by a mortar shell which special guest star George Plimpton had been unable to remove completely due to its proximity to the nerve cluster in his brain--something writer Ivan Raimi would know about due to his time spent as an emergency room physician in Youngstown, Ohio.

Well,it seems that following that incident Bruce developed odd psychic abilities that were studied at MIT, which is where the Professor( played by Jon Menick) first met him. After that Bruce decided to leave on a Great Quest and everyone who believed in him ( his friends from Nam, the Prof etc) got up and followed him. The Quest? To Seek out Evil, Destroy the Evil, and find a really great lite beer.

While all of this exposition is going on the WOW are sneaking up on an isolated farm house in the middle of the night...on their bikes...with the motors racing. They tippy toe into the house and grab two babies, despite the best effort of the parents, and (for good measure)they blow up the farm house with what look like home made beer can bombs on pull string detonators. I told you they didn't seems nice. She Wolf it seems leaves little girl babies in the forest to be raised by the wolves,and sells the little boys on the black market.

Bruce meanwhile has picked up the scent of all this evil and the Losers, with the reporter in tow, are on their way deeper into heart of Iowa.

Soon enough the two gangs meet. Bruce doesn't recognize the evil in She Wolf (Eileen Davidson) when he first encounters her at a gas station. They exchange steamy double entendres and then go their separate ways.

I'm not going to tell you what happens next! You'll have to find a copy of this obscure little gem and see that for yourself. But rest assured that the Bourne Losers are the most likable biker gang you'll ever encounter and you're gonna miss them when they ride off into the sunset. Yes, there's a lot to enjoy in this unassuming little comedy that is more than it seems to be. There is even a playful swipe at Eileen Davidson's career as a soap opera star if you look, or should I say listen closely? And there are plot twists and revelations aplenty before we get to the ultimate showdown between Good and Evil in this hilarious comedy that reminds me of very early Coen Brothers, and why shouldn't it? After all the Raimis and the Coens worked together long before any of them were anybody!

Please hunt it down and give it a try. You will be so happy that you did!

*Celia Abrams may be a pen name for Sam Raimi. I think this may be his mother's maiden name. 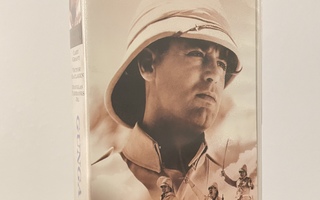