GEORGE ORWELL: "The Road to Wigan Pier", 1st editon, London, Victor Gollancz Ltd, 1937. XXIV, 264, [2] pp, with 32 full-page black-and-white photograhic reproductions on coated stock of Welsh coal miners and of slums in the East End of London. In original orange limp cloth lettered in black. The true first edition preceding the trade casebound issue of 2150 copies. Left Book Club Edition - Not for Sale to the Public. With a foreword by Victor Gollancz. Some underlinings and marginal linings with pencil and on two pages with pen. A very good copy.

The Road to Wigan Pier is a book by the English writer George Orwell, first published in 1937. The first half of this work documents his sociological investigations of the bleak living conditions among the working class in Lancashire and Yorkshire in the industrial north of England before World War II. The second half is a long essay on his middle-class upbringing, and the development of his political conscience, questioning British attitudes towards socialism. Orwell states plainly that he himself is in favour of socialism, but feels it necessary to point out reasons why many people who would benefit from socialism, and should logically support it, are in practice likely to be strong opponents.

According to Orwell biographer Bernard Crick, publisher Victor Gollancz first tried to persuade Orwell's agent to allow the Left Book Club edition to consist solely of the descriptive first half of the book. When this was refused Gollancz wrote an introduction to the book. "Victor could not bear to reject it, even though his suggestion that the 'repugnant' second half should be omitted from the Club edition was turned down. On this occasion Victor, albeit nervously, did overrule Communist Party objections in favour of his publishing instinct. His compromise was to publish the book with [an introduction] full of good criticism, unfair criticism, and half-truths."

The book grapples "with the social and historical reality of Depression suffering in the north of England, – Orwell does not wish merely to enumerate evils and injustices, but to break through what he regards as middle-class oblivion, – Orwell's corrective to such falsity comes first by immersion of his own body – a supreme measure of truth for Orwell – directly into the experience of misery. 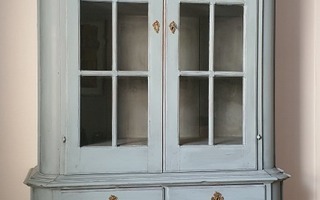