Village – a debut CD from the Scandinavian folk group The Secret Carpet Club, with Emma Johansson, Carl Nyqvist and Vidar Skrede. While The Secret Carpet Club is a relatively new constellation, the album presents three well-established folk musicians, deeply rooted in their local traditions and, not least, in their own individual musical expression. Guitar, fiddle and various flutes weave together to make a rich, rhythmic and dynamic musical fabric, with Emma’s voice in the foreground and Carl and Vidar providing the harmonic background. Songs and instrumentals are here in equal measure. The material is mainly from Sweden’s west coast, but a Norwegian tune joins the repertoire, along with four tunes composed by group members.  The songs range from tender love songs, ballads and chorales to frisky sailor songs, cheeky comic ballads and a shout out over the ocean to missing sailors. The instrumentals offer warm, rich and sprightly polskas, a romantic bridal waltz and a fervent, thundering march by way of conclusion. All in all - a cohesive, dynamic and pleasing album.

An appropriate “file-under” genre for this album, bearing in mind its title, is “village music”, but it also belongs under “folk”, “roots”, sometimes “Scandinavian country”, and even “retro folk”. Several tracks reveal a tiny inclination towards Celtic, Canadian and American folk styles, while the warm and somewhat naïve approach to the music shows a certain inspiration from the folk-prog movement of the 70s. But basically this album belongs under “Scandinavian folk”, and this is neither concealed nor solemnly drawn attention to.

With the album Village, The Secret Carpet Club invite the listener into their living room, onto their carpet, in their musical village somewhere between Norway and Sweden.  It is a warm, dynamic album, glancing sentimentally backwards and a flirtatiously sideways to the west. With its pulse and atmosphere, Village represents a heartfelt and playful contribution to Scandinavian folk music, eager to please the ear and get the foot tapping.

The Secret Carpet Club are:
Emma Johansson – vocals and flutes, Carl Nyqvist – fiddle and backing, and Vidar Skrede – guitar and backing vocals. The three musicians met as master students in Nordic folk music at the Royal College of Music in Stockholm in 2008. Drawn to each other’s playing styles and to the results of the unique musical chemistry that arose between them, they founded the trio The Secret Carpet Club. Since then, they have held concerts and toured around Scandinavia. In 2009 they released the EP Popular Music from Scandinavia. One of the four tracks, “I denna ljuva sommartid” is included on Village.

Emma Johansson (from Gothenburg, Sweden) is a freelance musician as a folk singer and flute player. She has a master degree in performing Swedish folk music at the Royal Academy of Music in Stockholm and has specialised in the West Swedish music traditions. Besides The Secret Carpet Club, Emma is known from bands like: Oleman (with Olof Misgeld and Anette Thorsheim), Tandoori Hill (with Petter Berndalen, Emma Reid and Bengt Jonasson), the international band Seaquins (with among others Ditte Fromseier Mortensen, Anna Massie, Mairearad Green and Emily Smith), Huggevill (with Görgen Antonsson from Draupner and Fomp and Jonas Olsson), Eter (with Sofia Karlsson, Anna Johansson and Leo Svensson). She has released several CD’s, such as “Eter – eter” 1998, “Huggevill - vid randen blå” 2006, “Tandoori Hill - Brave Shyness” 2009, “The Secret Carpet Club – Popular Music from Scandinavia” EP 2009, and as a solist together with Emma Reid on the CD “En stjärna gick på himlen fram” 2010, with “Lunds akademiska kör”. She has appeared on television and radio, among others on the TV show with Barbro Svensson “Lill-Babs” and on “Bröstcancergalan i Globen” with Katie Melua and her hit “Nine Million Bicycles”.

Carl Nyqvist (from Lidköping, Sweden) is a coveted fiddler and tune writer, working as a freelance musician in addition to teach at workshops, seminars, courses and more. He has distinguished himself as a “riksspelman” (National Folk Musician of Sweden) in performing tunes from Västergötland, the area which he also has his musical background from. He has a master degree in Nordic folk music at the Royal Academy of Music in Stockholm, where he studied under among others Mikael Marin (from Väsen), Ellika Frisell, Arto Järvelä (from JPP) and Harald Haugård.  Besides The Secret Carpet Club and various duo projects, Carl is heard  in the band NOMAS (that released the CD “Flow” i 2009) and in cross over constellations like the bluegrass influenced band Bleeding Hearts and the folk-pop band Norrom. He has been heard in radio and television all over Northern Europe.

Vidar Skrede (from Haugesund, Norway) is a freelance Nordic folk musician on guitar, harding fiddle, fiddle and bouzouki. He has a background the traditional music from Rogaland (South West of Norway) and has a master degree in Nordic folk music at the Royal Academy of Music in Stockholm. Vidar is known from bands like Vidar Skrede DYNAMO BAND (with Pilvi Talvitie and Jani Kivelä from Tsuumi Sound System), Geitungen, AAMOS (with Kevin Henderson from Boys of the Lough, Session A9 and Fiddlers’ Bid) The Great Norwegian Guitar Quartet (with Tore Bruvoll, Annar By and Øystein Sandbukt), og NOMAS. He has also performed with artists like Vegar Vårdal, Patrik Andersson, Frode Haltli, Stian Carstensen (from Farmers Market), Kristian Bugge (from Baltic Crossing), Niklas Roswall (from Ranarim), Zar (DK), Bodega (UK), and Sver (NO). Vidar has appeared on national television in Norway and Iceland, and been heard on radio in all the Nordic countries and USA, which includes two live radio concerts at NRK P2 in Studio 19. Vidar has released CD’s like “Geitungen – Vaniljesaus” 2001, “Geitungen – Bra Kast” Grappa 2005 (awarded at the Norwegian Folk Music Awards), “NOMAS – flow” 2009, “Vidar Skrede DYNAMO BAND – Organic Polska” EP 2009, “The Secret Carpet Club – Popular Music from Scandinavia” EP 2009, “Geitungen – Langt Ute” Grappa 2010 (nominated at the Norwegian Folk Music Awards). Vidar is a coveted musician on the Nordic folk music scene and a popular tune writer – his compositions are played and recorded by bands like Fiddlers’ Bid and Blazing Fiddles besides with his own projects. 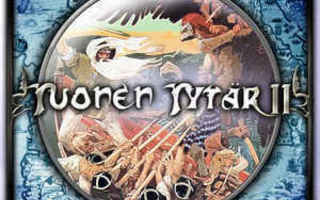